by THE LITTLE KICKS 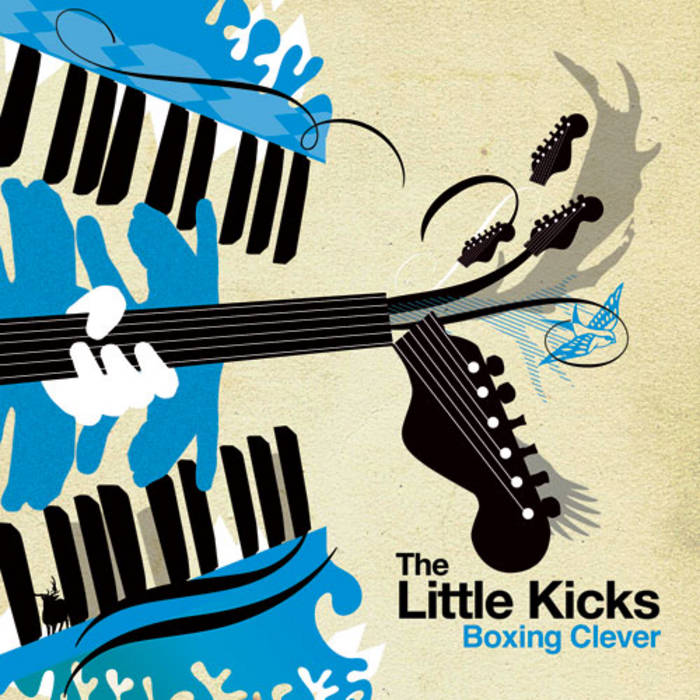 Album comes with 4 page booklet with full lyrics and sleevenotes.

“The album “Boxing Clever” is a masterpiece of its style and those who appreciate it will do so wholeheartedly.”
****4/5 GLASGOW MUSIC.CO.UK

“They generate effortless waves of breezy and witty indie pop, that is instantly accessible and has hooks, melodies and genuine warmth in abundance….they stride forward armed with a strong catalogue of songs laced with upbeat hooks that are stamped with their own personality….Milne’s harmonious voices glides through the jangly, occasionally angular riffs, alongside prominent funky bass…These guys should be happily rubbing shoulders with FM radio stalwarts Elbow etc, gracing daytime radio playlists up and down the country…with a wealth of catchy songs at their disposal and some savvy self promotion, they might just be able to take things to the next level without the aid of a label.”
**** 4/5 IS THIS MUSIC?

MUSIC BY THE LITTLE KICKS
LYRICS BY STEVEN MILNE

Bandcamp Daily  your guide to the world of Bandcamp